Recently I visited solo to Kheerganga. Yeah, this time I planned to go alone and it was simply an amazing experience!!

Been there around two years ago, I was easily able to plan it to be a weekend trip. Traditional refreshing air of hills, away from city life without any mobile networks, chirping of birds and soothing sound of waterfall on your trek from the forests, relaxing dip in the hot water springs after your 14KM trekking journey, laid on grass watching clear sky and stars at camping arena - simply put, you will feel at peace.

To visit kheerganga, usually people catch bus to Bhuntar and then taxi to Barshaini from where the trek begins. I left for Bhuntar at around 11PM from Chandigarh and reached there in around 7-8 hours. Make sure you don’t eat anything heavy or otherwise you will be puking everything out in bus. I prefer not to take my personal vehicle on long trips because taking night bus saves time and also your vehicle would thank you for not jouncing on those roads.

I had seldomly ridden bike in Chandigarh during my college years. Instead of taking taxi from Bhuntar, I decided to rent Bajaj Avenger 220. Even though I just had abstract ideas about riding bike, I maintained my confidence and gave it a shot. At first, I wasn’t comfortable and was having hard time since unlike plains, usage of front brakes on hills was causing bike to slip a lot but very soon I developed good muscle memory for my feet. Also later on I felt 220cc bike isn’t good enough to deliver required torque in hills. Though I had even ascended 125cc scooty with one pillion rider all the way up to Tosh in the past.

I was finally enjoying my ride, not for long though. After travelling few KMs from Bhuntar, there was lot of dust in the air due to unsealed roads. It was causing irritation in eyes as well as nose. I wrapped handkerchief on my face, covering up my nose. Though I wished I could do the same for my eyes.

I reached Kasol after my one hour journey. If I have to describe Kasol, I would say it’s “paradise for smokers”. Well I don’t smoke but my college friends are Marijuana lovers. So, I’m well aware of places around it. I washed my eyes throughly and then had breakfast at some good cafe. After that, I left for Barshaini which is again one hour journey, passing through Manikaran - famous religious place. Even though Manikaran to Barshaini is even more off-road but since very few vehicles go there, I didn’t face any issues. Weather was pleasant throughout the way to the Barshaini. Even though sunlight wasn’t harsh at all but I still got my uncovered arms well tanned. Ping me if you know good way to un-tan them :/

After reaching Barshaini, I started the trek at around 11:30AM. It seems like due to ongoing construction of dam at Barshaini, starting point for the trek has been changed since my last visit. There exist two different trekking paths to Kheerganga - through forest and through village. I choose to go from forest and come back via village. Forest trek was much more beautiful and calming as compared to village trek. Seems like it was also the one less travelled. Last time we weren’t able to experience forest trek due to my friend’s foot injury. Trek felt quite easy as compared to last time. May be I have gotten fit ;). I interacted with people from lot of different places and backgrounds. I met few foreigners too and most of them were professionals travelling and exploring different countries all over the world.

I was around 1KM away from camping arena when it started to drizzle. The sky was heavily filled with dark clouds. I rushed to reach the top and booked shared tents with other trek-mates. We ordered food and soon enough it started to rain heavily. We sat outside in open under the shed and enjoyed hot tea. After few minutes it completely stopped raining. Weather’s really funny up there. Then we went for taking bath in hot water spring where we sat for around 1/2 hour. All the muscle pain just vanished and I felt this much energetic that I could go back to Barshaini and again do the trek. Okay, I may have exaggerated a bit but it was damn relaxing. After that, we came back to the tent, enjoyed dinner, weather, talked about random stuff and finally collapsed to bed late night.

Next day, I decided to leave late and trek down slowly since my bus was at 9PM from Kullu which takes around 30 minutes from Bhuntar, giving me plenty of free time. I kept on stopping at every other cafe on the way back. Also the no. of cafes are higher on the village trek. I trekked down in 5 hours, reaching Barshaini at 3:00PM. Since it started to drizzle, I decided to wait in the cafe in Barshaini. When the clock ticked 5, I decided to leave for Kasol. I had two options - either to take taxi and tell bike owner to retrieve bike himself and charge me whatever he feels right or ride back myself in rain. I knew it was going to be hard due to rain but I still went with that. I took raincoat from cafe which was built from very thin polythene used for making plastic bags and then left for Bhuntar. Due to rain, road was muddy and pot holes which were all over the place, got filled with water. Since my bike was slipping a lot, I slowed down and drove more carefully. I remembered my friend’s words from the last time we visited Tosh - “Bansal, agar scooty girani pad gyi, toh khai ke dusre taraf girana XD” means “Bansal, in case you lose control and we are going to fall down from bike, make sure to fall away from the ditch”. It took me two hours to reach Kasol where I ate something and then left for Bhuntar. 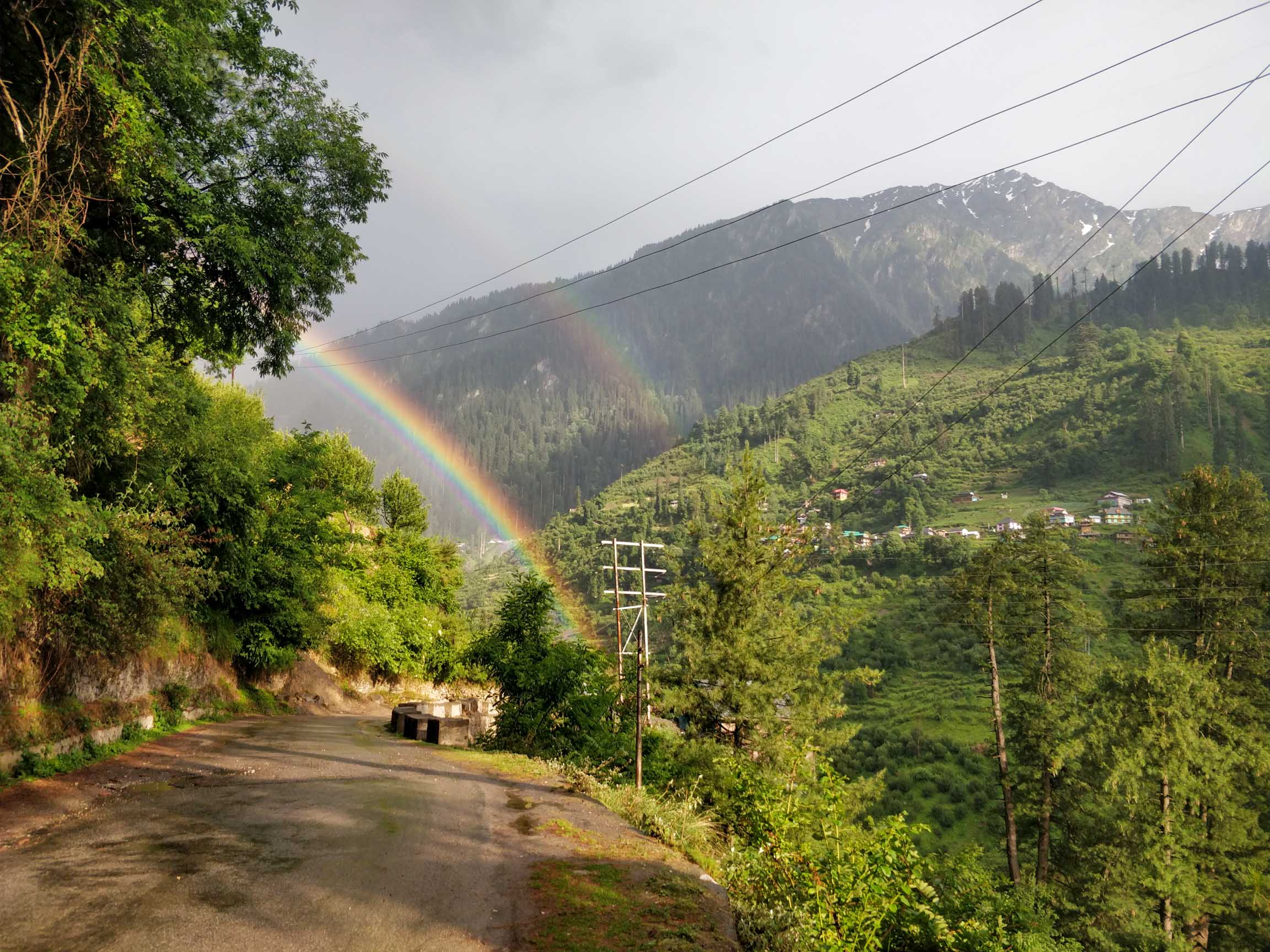 On the positive side, due to rain, I got to see this beautiful double rainbow. Due to sun going down, my speed dropped even further. It took me another 1 and 1/2 hours to reach Bhuntar. I’m glad I didn’t take taxi, otherwise there was quite a chance that I would have missed my bus due to traffic jams everywhere. Since I was already late, I decided to board the bus from Bhuntar only, instead of Kullu. I boarded bus at 9:30AM and reached early morning at Chandigarh. 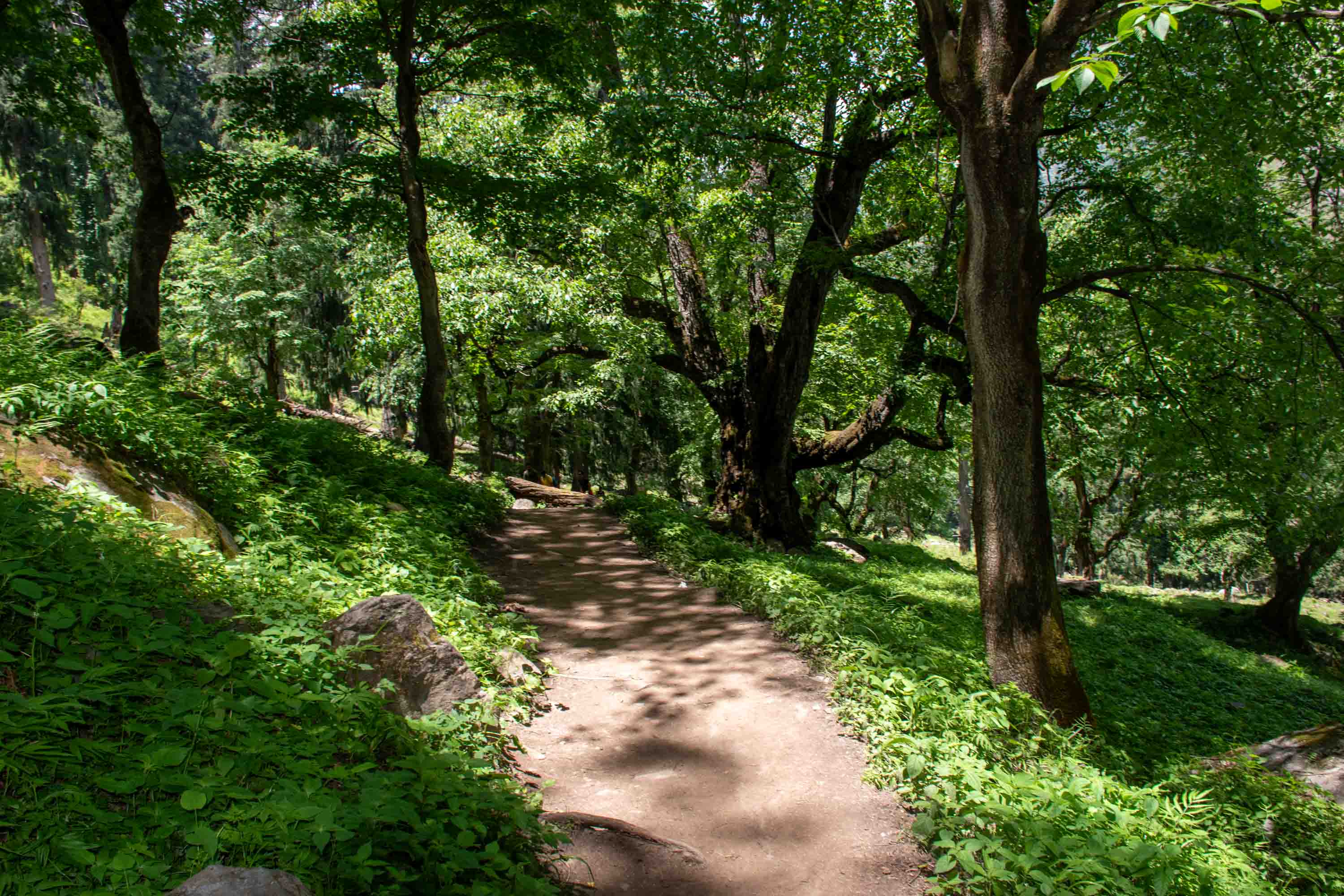 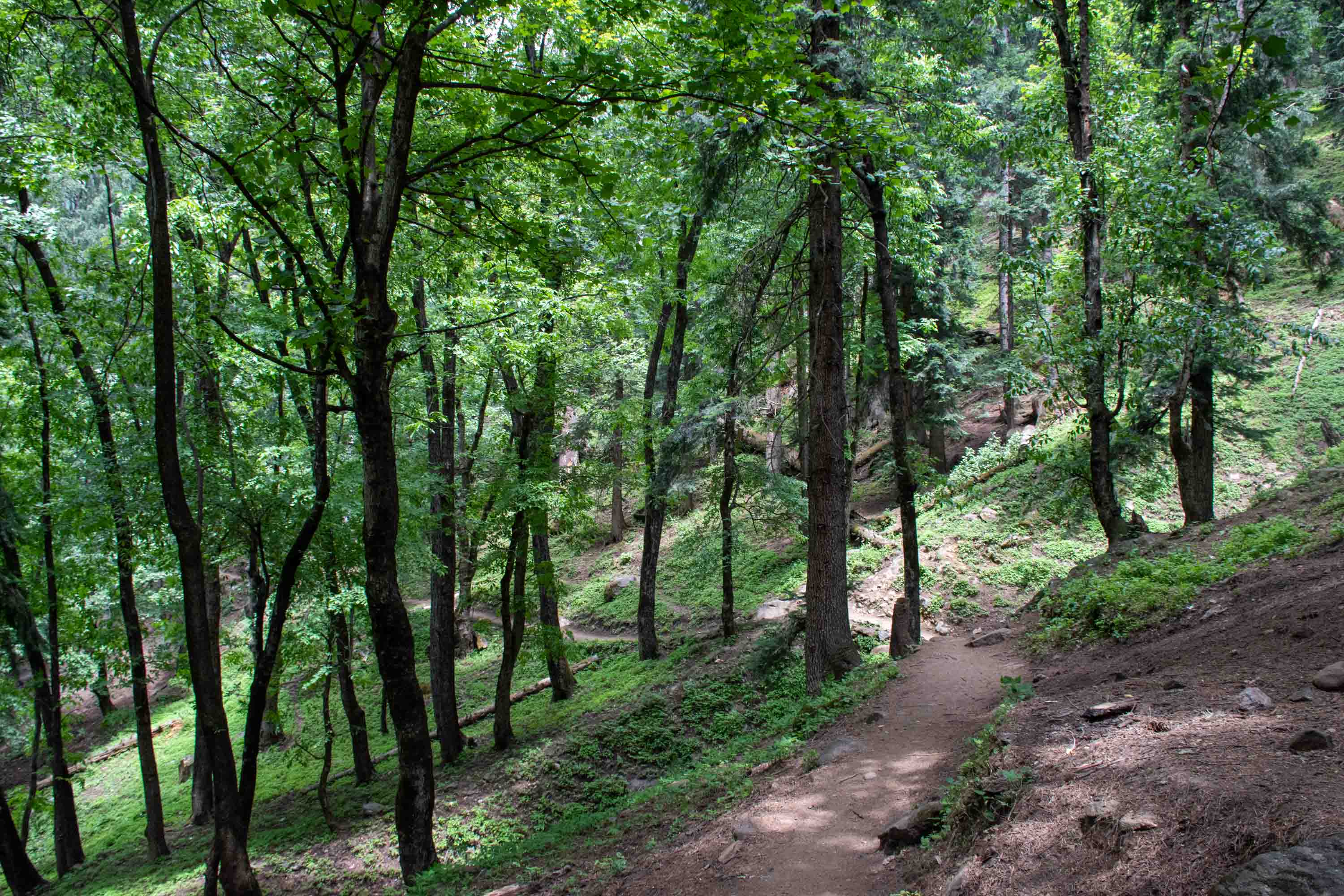 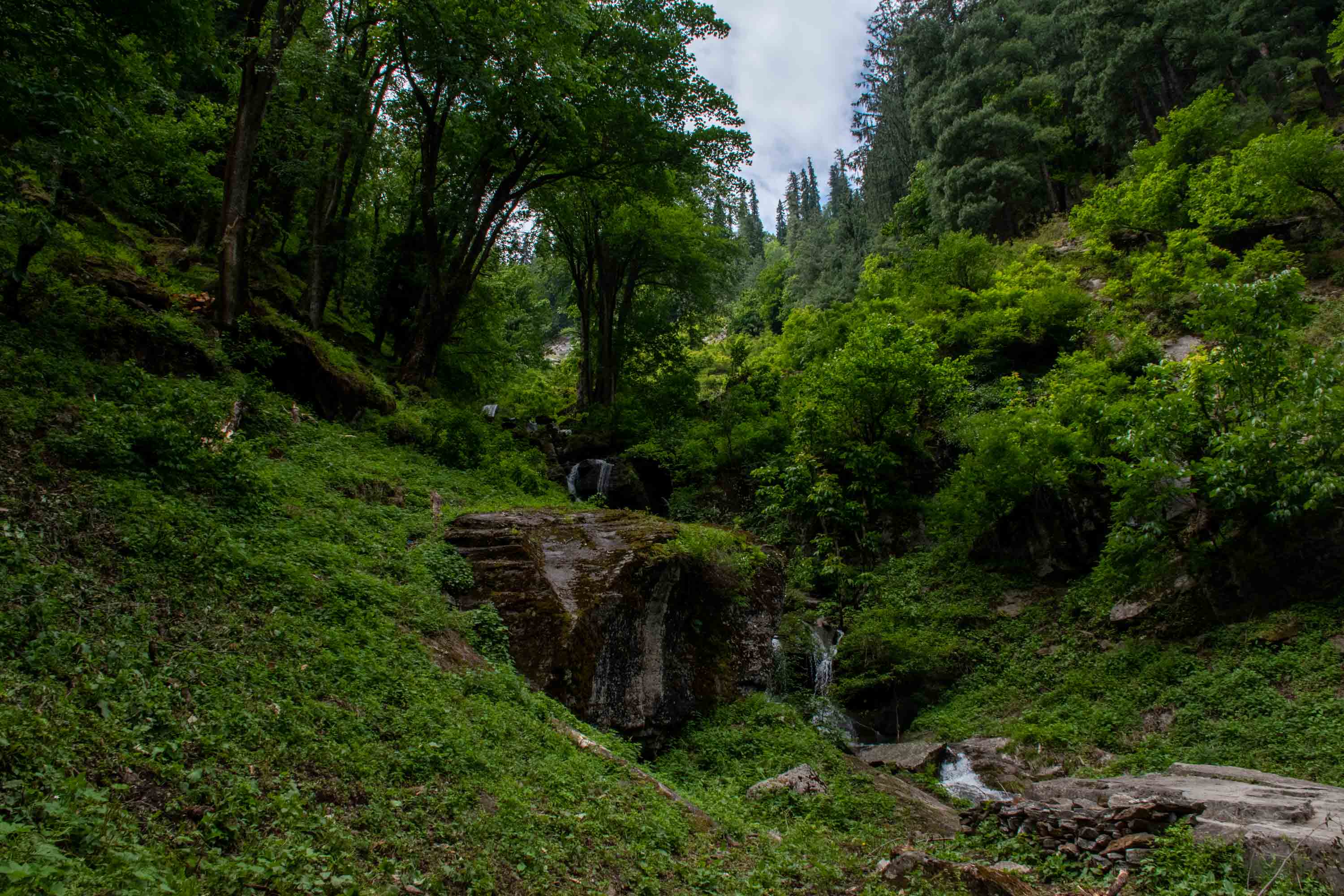 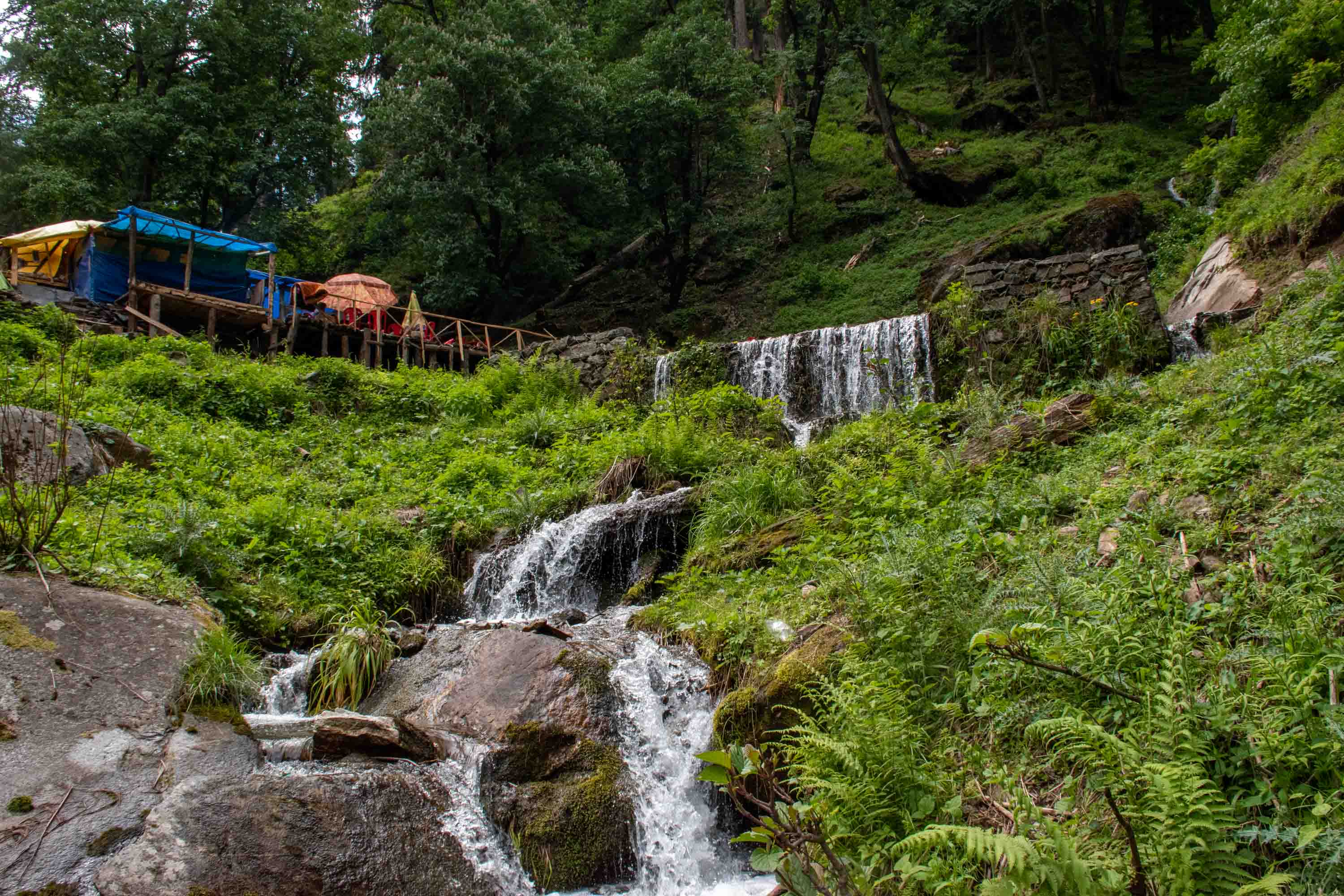 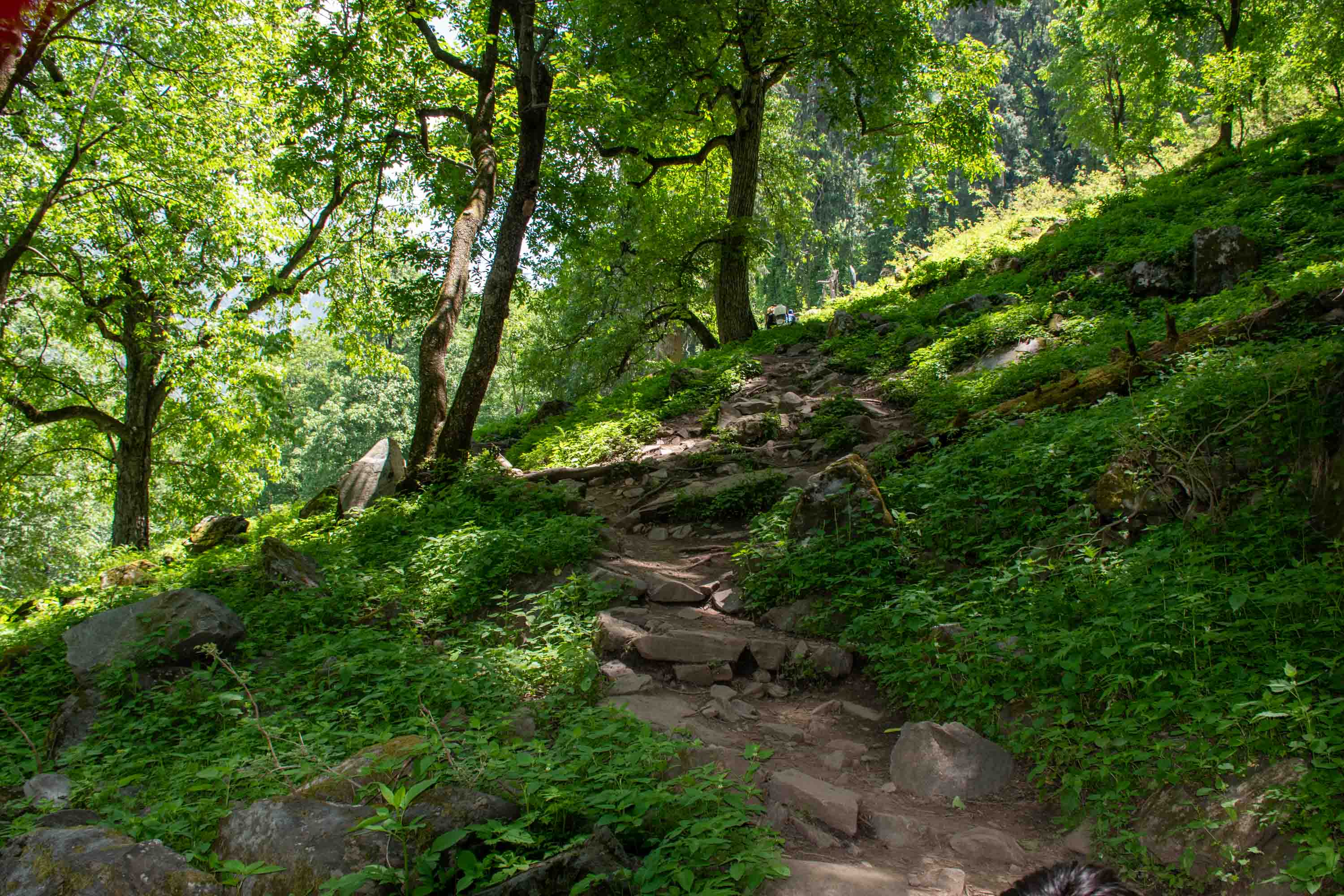 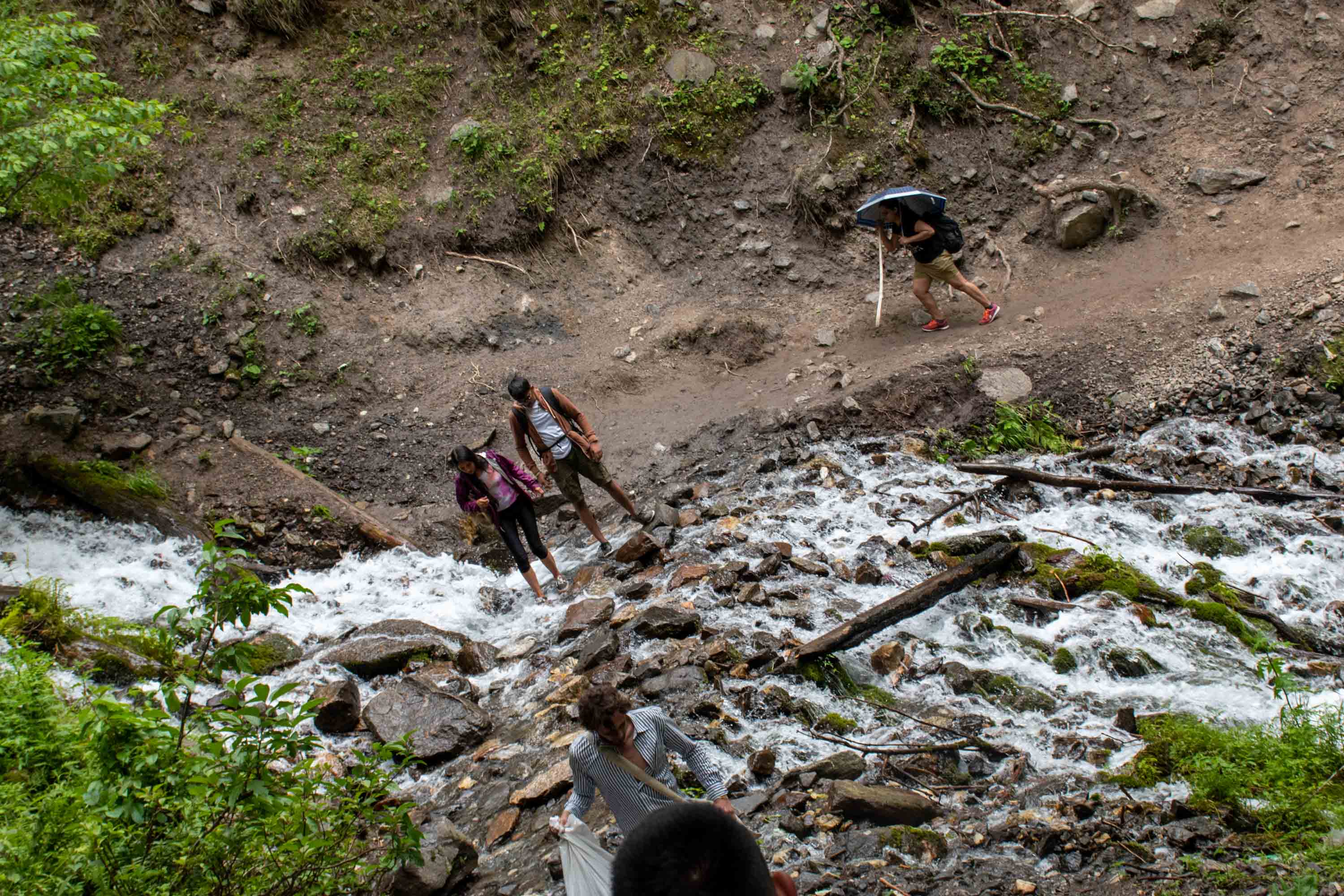 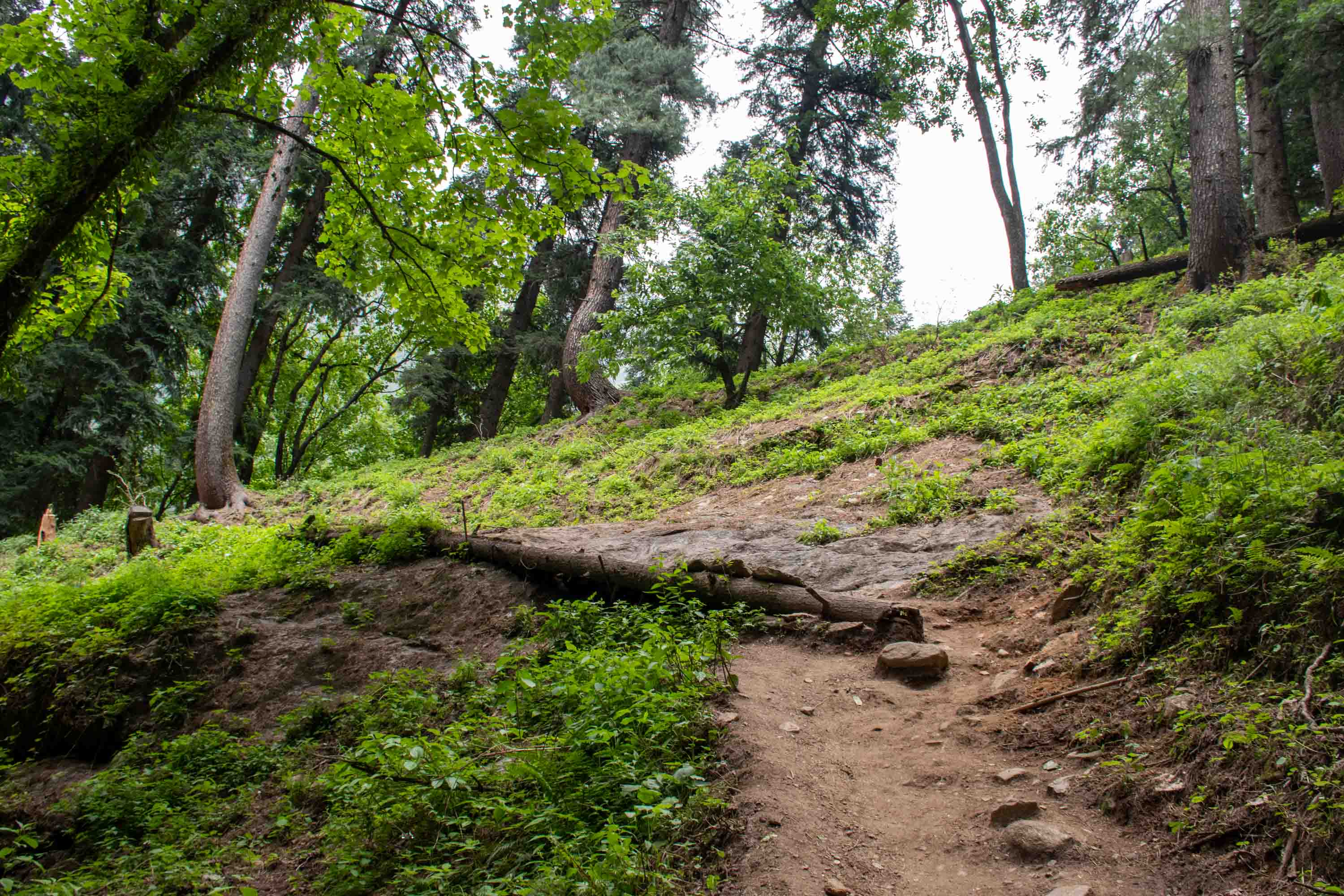 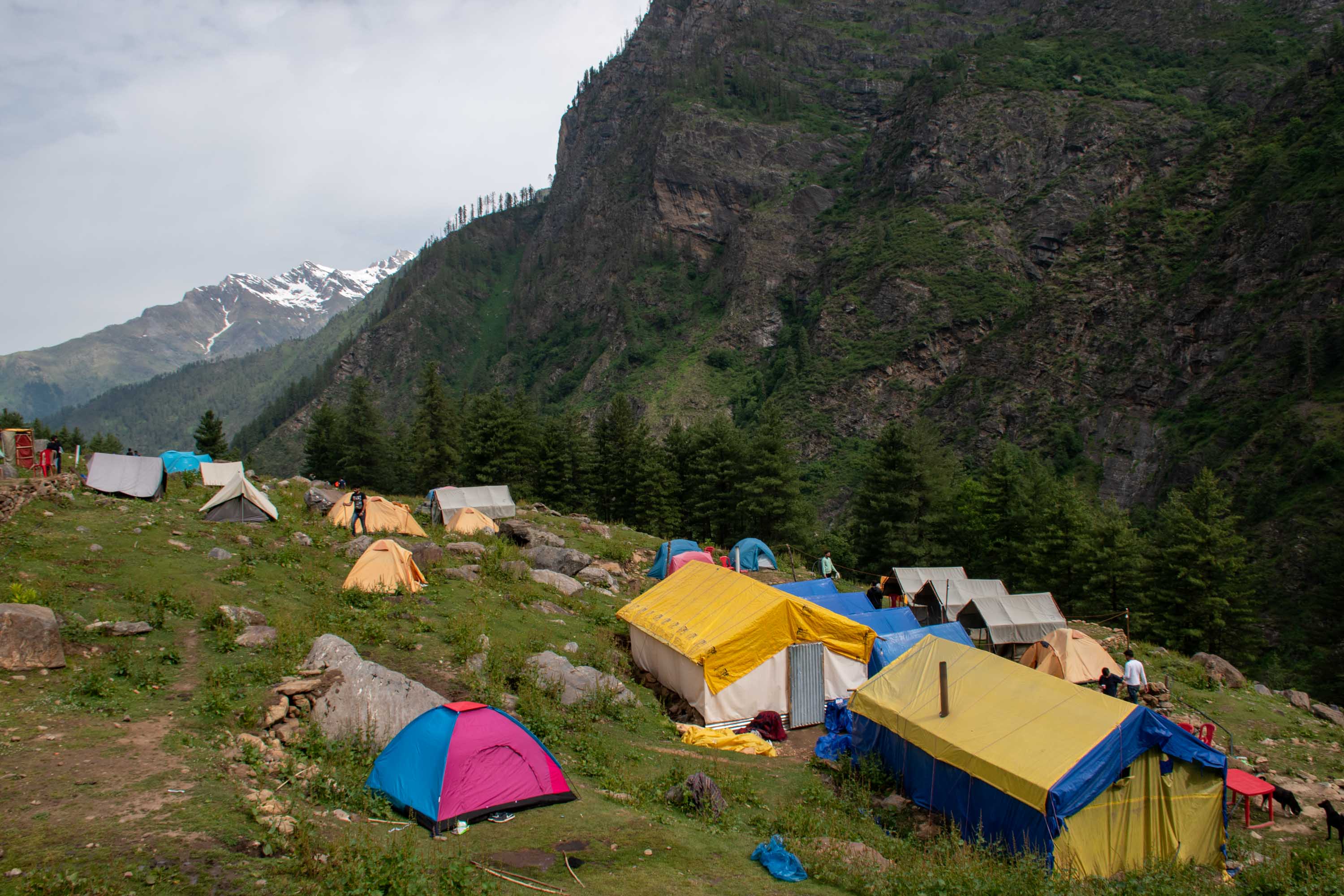 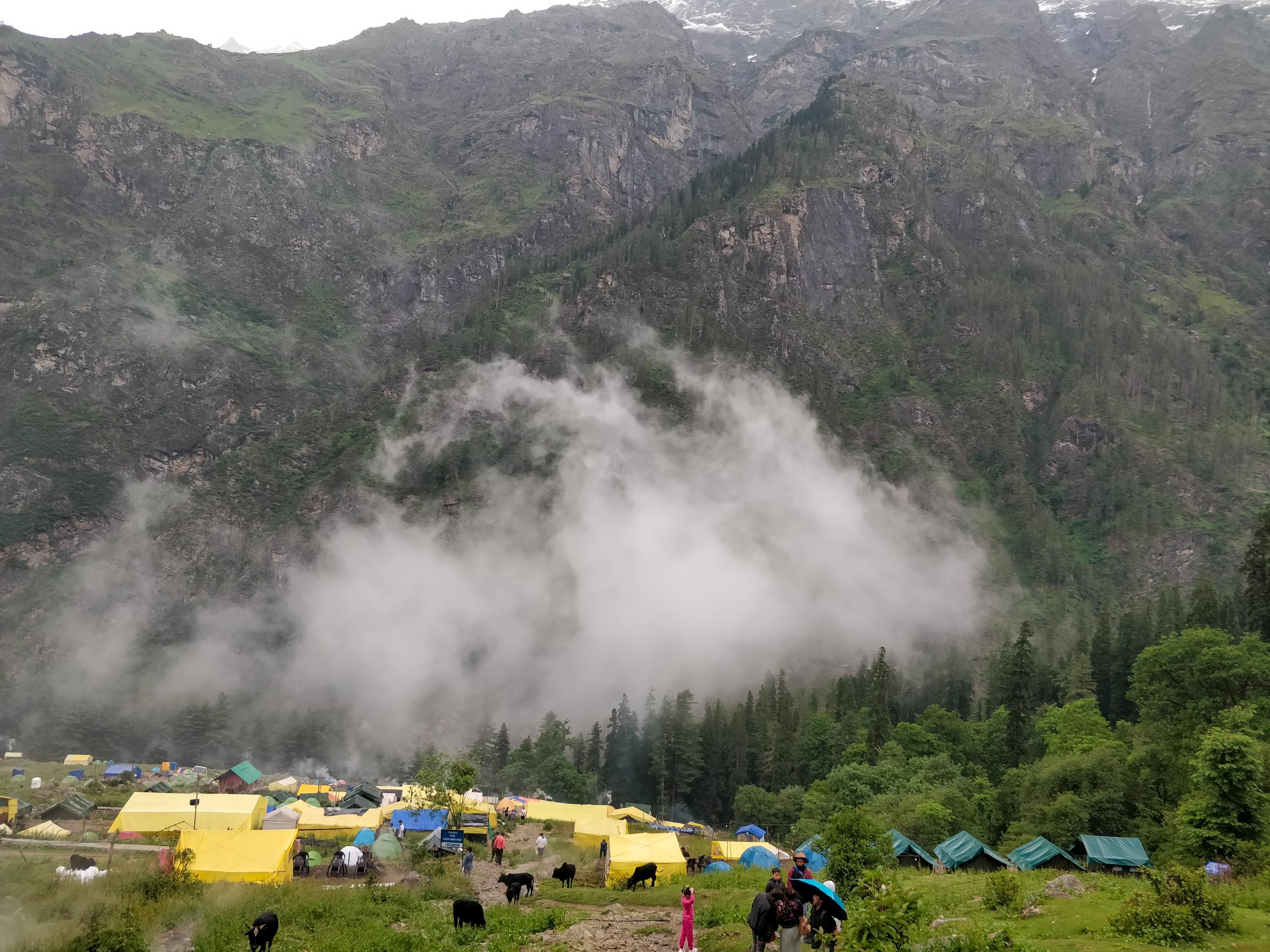 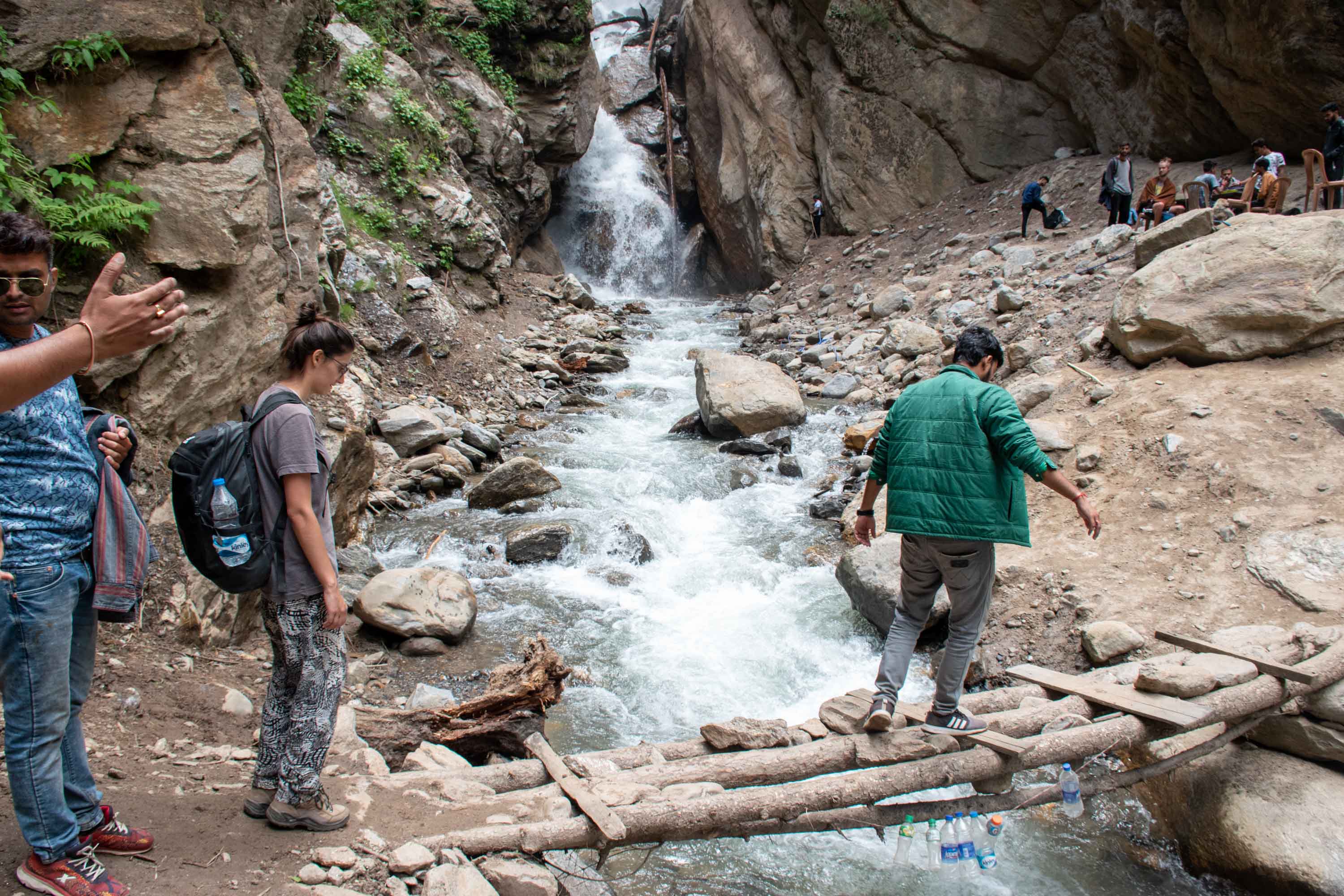 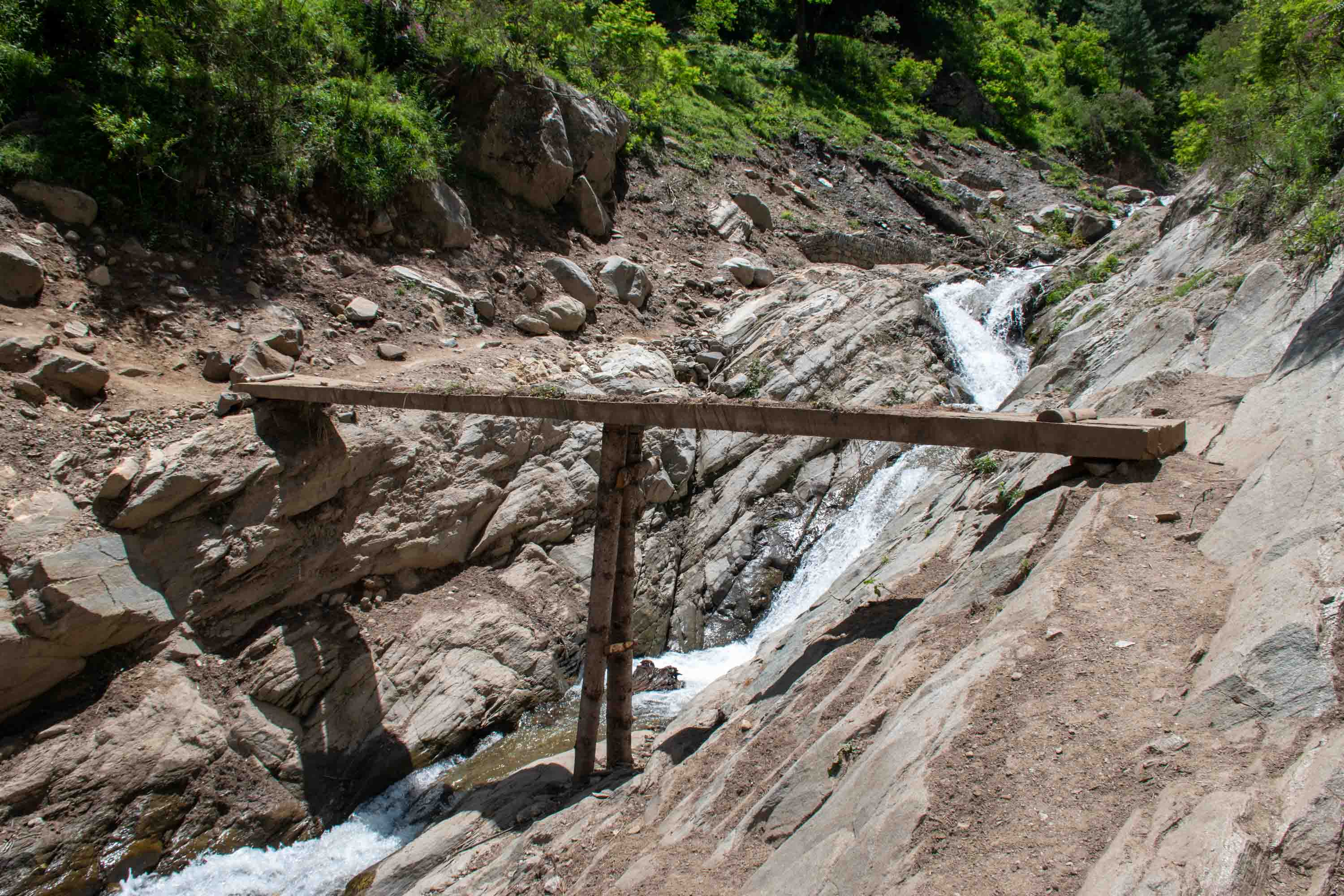 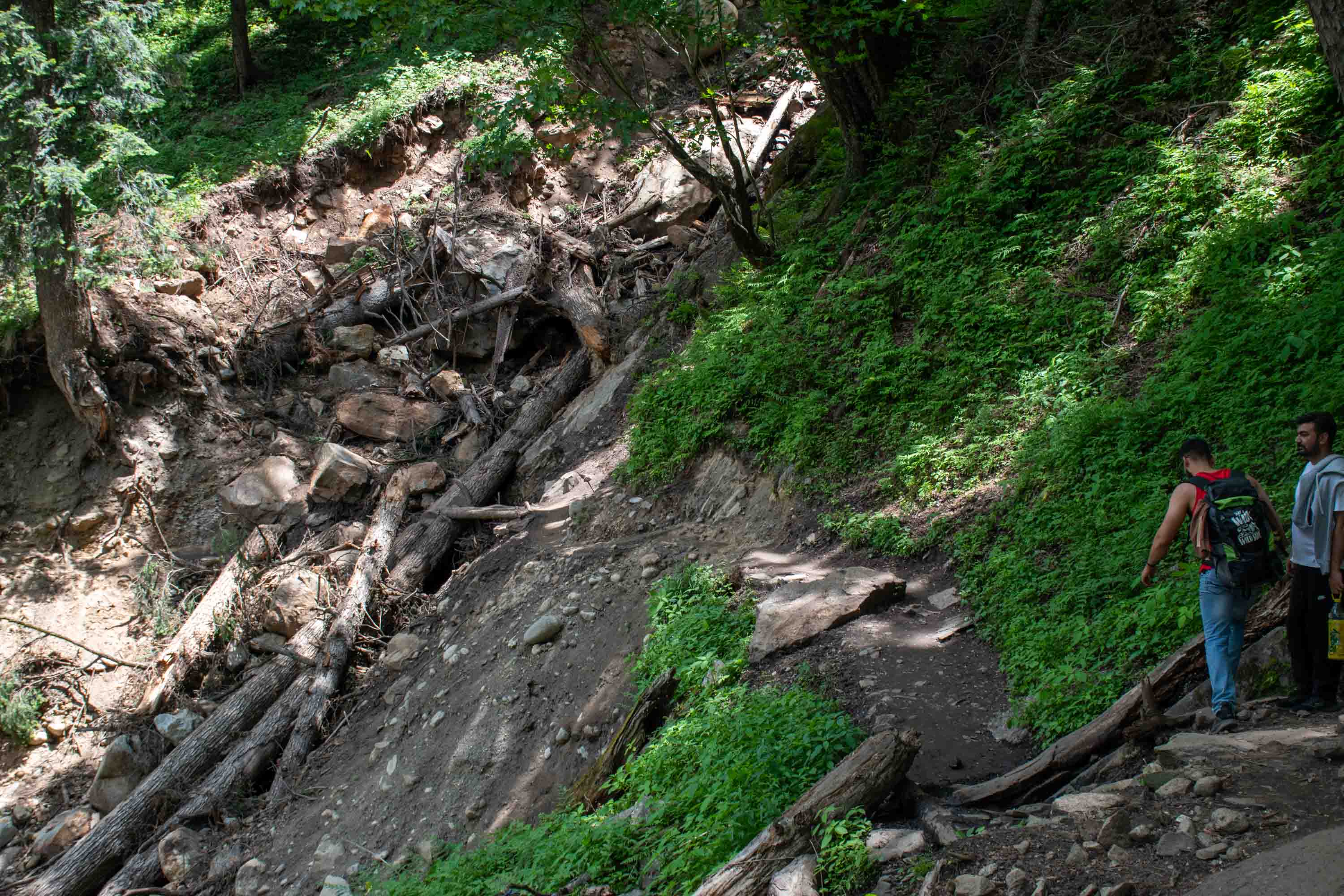 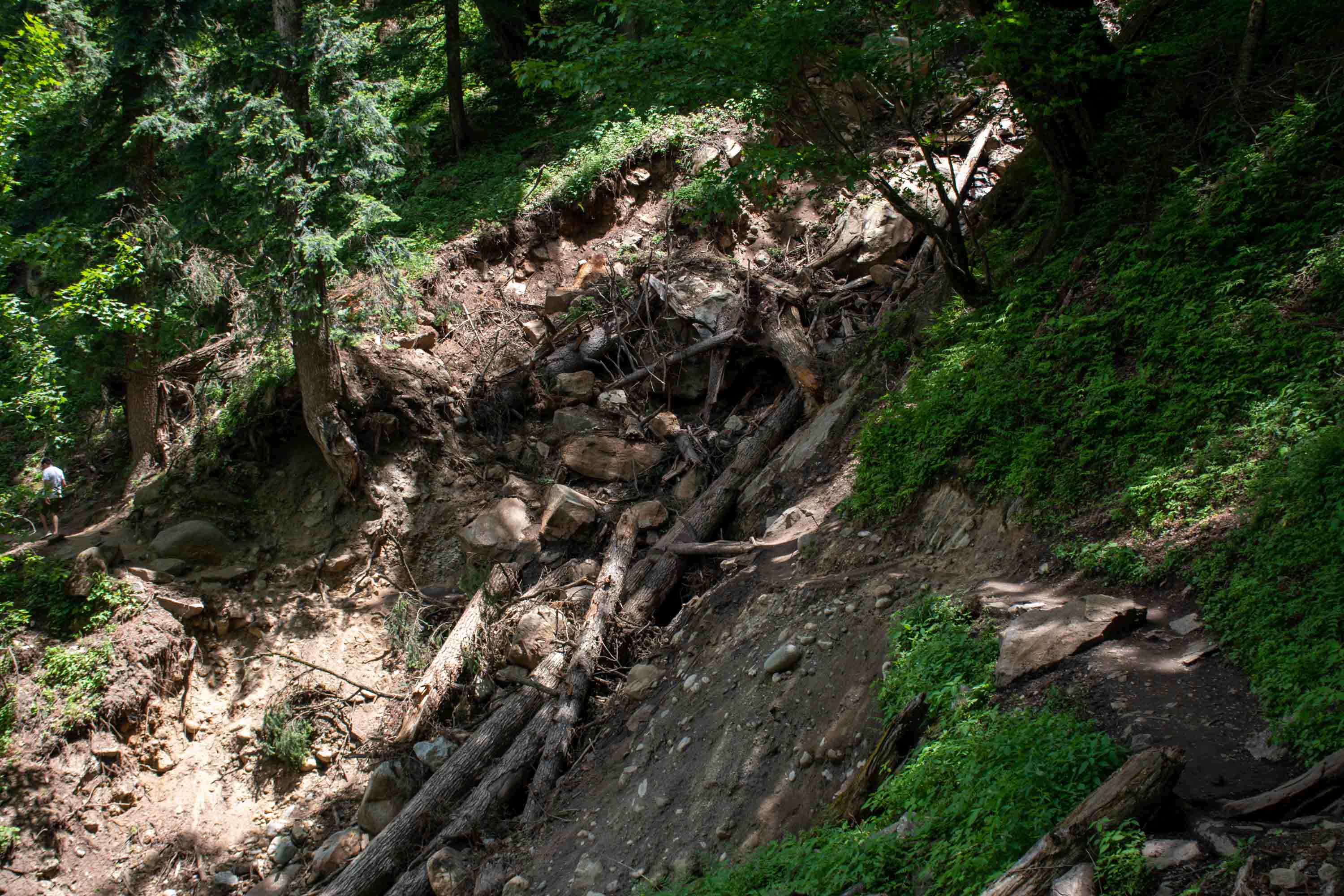 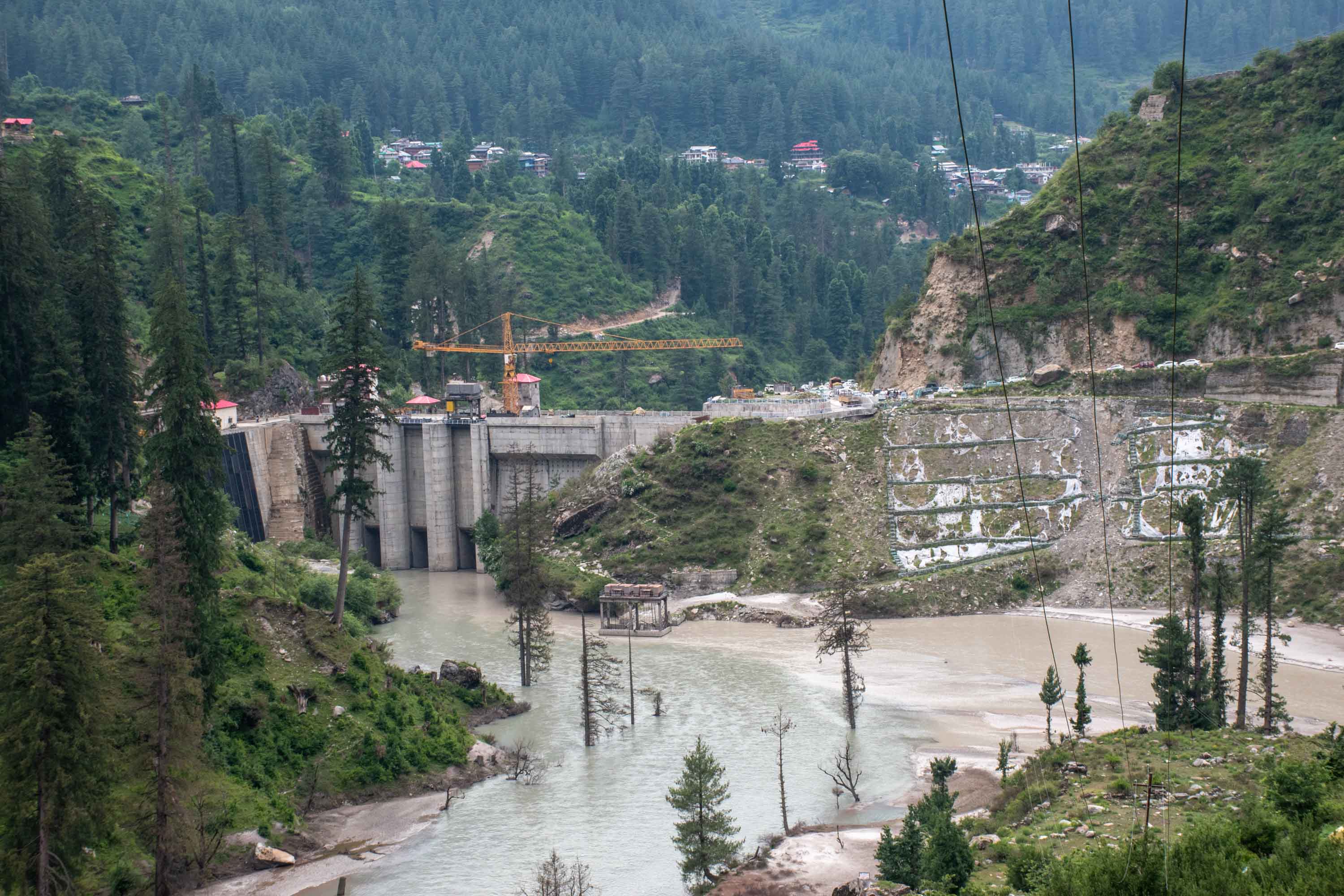 It was fun and I enjoyed it a lot!